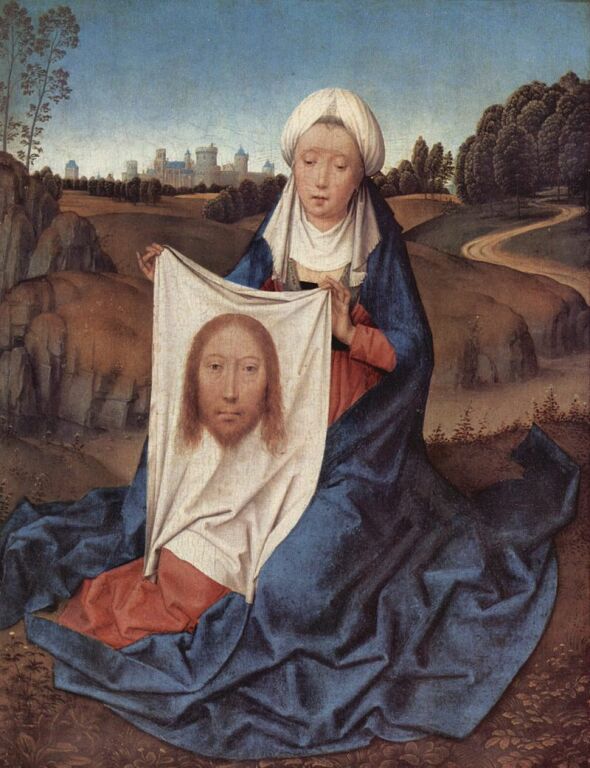 Veiling for Jesus: Testimonies from Local Woman on the Practice of Veiling

Listen To Some Brief Testimonies Here

Hi, I am Mandy. I am 42 years old and a mother of 4. I started veiling a little over a year ago. Veiling was a journey for me. I initially was kind of pushed into considering it by a good friend of mine who told me that this is what women always did but I didn’t fully understand why it was done. We decided to read a book together. The book was called The Anti-Mary exposed by Dr Carrie Gress. After reading that book, which had nothing to do with veiling, I realized how the world has hijacked our femininity. This book then led me to do some research as to why woman wore a veil during mass. I decided to first go to scripture. I was immediately brought to Genesis chapter 24 verse 65 where Rebecca sees Isaac and immediately she covers her head because she realizes her master is here. I thought she had so much reverence for Isaac. She did this out of respect and love. This made me think Jesus is my master, and if he is, then why am I not doing this. I also read more verses in the bible that kept leading me to deepen my reverence to Jesus being present in our churches. I even thought, “why do children wear a veil for Holy Communion, and why do we women veil at our own weddings, and not to daily mass?”. In doing my research, I realized that the teachings of the Church and the Pope never said that women should not wear a veil when Vatican 2 was released. So why did this happen….this led me to many more evenings of researching and finding out the truth that this movement of taking off your veils was a protest by the feminist movement which also started the abortion movement. This also helped me see myself as a bride of Christ and helped me want to be obedient to the Lord. After my findings, I knew the truth and knew what I had to do. I packed my veil and struggled to place it on my head. That first time I only wore it during communion and took it off immediately after and had this fear of who just saw me do this. It is such The next time I went to mass and place the veil on my head when I entered the church, knowing full well that Jesus is here and I will be obedient. It wasn’t easy to do at first. I was sweating and scared. I was afraid of being judged by others. I thought, “veiling is what the “old” people did, not someone of my age”. But the more I did it the more I respected Jesus and His church and the greater sense of peace that would overcome me. The more attentive I became as I was in mass. The less distracted I was. I was the lady examining other ladies’ shoes during mass and thinking that I needed a pair like those. Now, I don’t even notice other people’s shoes. Wearing my veil has helped me grow in humility, modesty, reverence, and love of God. The tabernacle is veiled. The chalice is veiled. Altars are veiled. A veiled woman shows reverence for God, symbolizing the veiled bride of the Church, but also honors herself as a woman before God. God created me to be his bride, a woman of sacredness in His eyes. I finally realized that I am in Church to be with my master. My groom. My Lord and my God.

Brienne C. (New Iberia, LA)
My name is Brienne Claudet. I’m thirty six years old, a wife, and homeschooling mother of six children. I wanted to share my experience with the tradition of veiling with you today. I first started wearing a veil about eighteen years ago, just before my husband I were married. He had approached me about wearing a veil because it was a tradition that his family practiced while he was growing up. I was very reluctant at first but decided I would try it anyway.
Some of my biggest concerns were how other people would think of me and that I didn’t want to attract more attention to my naturally reserved self. I decided to wear it anyway and through much time, prayer, and experience wearing it, I realized it really wasn’t about me at all. It was about God and how I could show Him the most love and reverence that I could. Wearing a veil became the right way to accomplish those things to me. It also helped me to orient my heart and my mind to God and His true presence in the Holy Eucharist. The veil is only worn when we are in the presence of the Blessed Sacrament, and so when I put it on, it helps me to focus on the fact that I’m in a sacred place with my God and Savior.
Wearing the veil wasn’t always easy at first. There were a few occasions where family members scoffed and ridiculed me for wearing one, but I continued to do so anyway. Eventually those family members had a change of heart and have adopted the practice of veiling as well. So if you feel called to wear a veil but are too afraid to do so because of what you think others may think, I encourage you to try it anyway. It could be the nudge you or someone else needs to have a conversion or deeper relationship with Christ.

Homily on Veiling from BVM Lourdes on Vimeo.